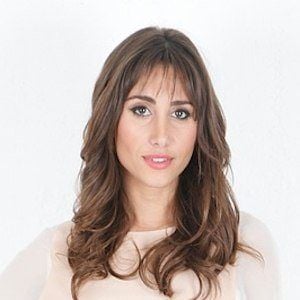 Stylist, fashionista, television personality and model who has been featured in a number of movies in addition to making appearances in the 2012 show Styled by June.

She was an assistant on the HBO series How to Make It in America.

She reported on The Golden Globes in 2016 for Fox 5 News. She has worked on the production staff for live events such as The Oscars, the Screen Actors Guild Awards and more.

She has an older brother named Mike.

She was a production assistant for Michael Buble's 4th Annual Christmas Special: Christmas in New York.

Rachel Heller Is A Member Of