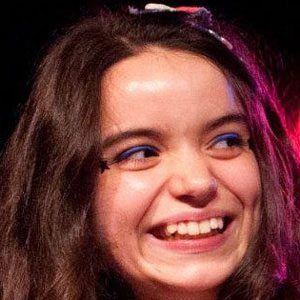 Actress, radio personality, and drummer with the Trachtenburg Family Slideshow Players. She has also played with Supercute! and Terry Tinsel.

She started performing in the family band when she was six years old.

She appeared in the short indie film called Ruchiki.

Her parents Jason and Tina are also her bandmates.

She made a cameo appearance along with her parents in the music video "New York, New York" by Moby.

Rachel Trachtenburg Is A Member Of