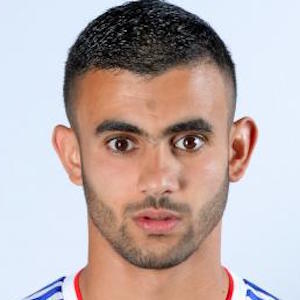 French-born Algerian international winger who's played domestically in Ligue 1 with Lyon. He made his Algerian national debut in 2015.

He grew up playing youth soccer with OI from 1997 to 2004 before joining Lyon.

Although he eventually played internationally for Algeria, he spent time with France's U21 side in 2013.

He has a brother named Abdelkader who's also played for Algeria's national team.

He and fellow Algerian Nabil Fekir have been teammates on Lyon, although Fekir has represented France internationally.

Rachid Ghezzal Is A Member Of