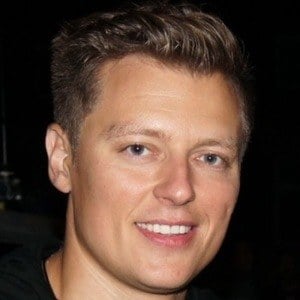 Polish singer, TV presenter, and former wrestler. He started his musical career by participating in the Polish talent show A Chance for Success in 2002. He also co-hosted Poland's Wheel of Fortune, Koło Fortuny, with Izabella Krzan in 2017.

He began to learn how to play piano and guitar at the age of 10.

He won the bronze medal of the Academic Championships of Poland in wrestling.

His mother is Grażyna Brzozowska. He has a brother named Adam.

He competed against Klaudia Halejcio in Poland's edition of Dancing with the Stars in 2014.

Rafal Brzozowski Is A Member Of