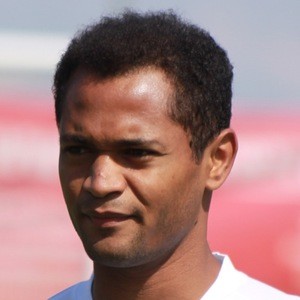 Also known simply as "Raffael", he is a Brazilian professional football player known for his association with the club Borussia Monchengladbach in the Bundesliga league. He is known for mainly playing as an attacking midfielder for the club.

His youth career first began in 2001 when he started playing for the Juventus club. In 2003 he was moved up to the Chiasso club where he made his professional debut. After several short stints with different clubs, he went on to play for Borussia Mönchengladbach in 2013.

He has won several honors and trophies for his playing including the Swiss Super League Championship in both the 2005 and 2006 season with the club FC Zurich.

He was born and raised in Fortaleza, Brazil.

Sinan Kurt and Granit Xhaka are fellow midfielders know for their association with the Borussia Mönchengladbach club as well.

Raffael de Araújo Is A Member Of