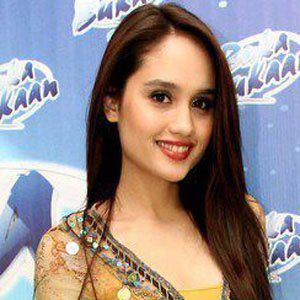 Electro-pop singer who signed to Sony Music Indonesia and sang "Oh Baby." She has appeared in movies like After the Dark.

She studied at Columbia University, where she obtained her degree in psychology.

She has received many awards for her acting and singing, including two from the Nickelodeon Kids Choice Awards Indonesia.

Her father was a successful hotelier and lawyer in Indonesia. She has a younger sister.

She performed a cover of Rihanna's song "Umbrella" alongside Ahmad Dhani at the 2008 SCTV Awards.

Cinta Laura Is A Member Of