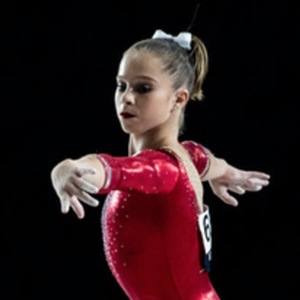 Artistic gymnast who joined the US national gymnastic team in 2014. She competed at her first senior competition, the City of Jesolo Trophy, when she was 15. She was named an alternate for the 2016 US Olympic gymnastic team.

She started competing as a Level 6 in 2008 and worked her way up to level 10 in 2012. She became a Junior International Elite gymnast a year later.

She was born to Kerry and Michael Smith and has two siblings. Her mother was a college gymnast at Auburn University.

She and MyKayla Skinner have been teammates on the US National Team.

Ragan Smith Is A Member Of