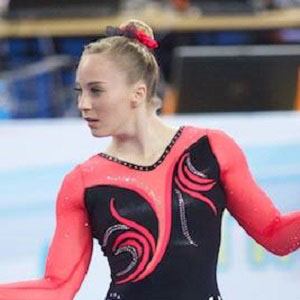 Artistic gymnast who had a breakout year in 2014, winning the World Artistic Gymnastics Championships. She also won gold in four categories at the Pan American Championships that same year.

She became the Junior Individual All-Around Champion at the 2011 American Classic.

She is known for high-difficulty moves like the double double layout, becoming one of just two gymnasts to attempt the move in competition.

She has siblings named Chelsea, Katie, and Jeremy.

She was teammates with Simone Biles on Team U.S.A. at the 2014 World Artistic Gymnastics Championships.

MyKayla Skinner Is A Member Of