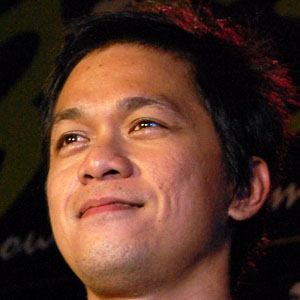 Versatile singer and instrumentalist known as a member of many popular Filipino bands, including The Eraserheads, Pedicab and Sandwich. In 2006, he was a songwriting teacher on the reality series Pinoy Dream Academy.

He was born in the municipality of Candelaria and

He has been the voice of Taira Yoshiyuki on BECK: Mongolian Chop Squad.

He has a daughter named Atari with bassist Myrene Academia.

He has been bandmates in The Eraserheads with lead guitarist Marcus Adoro.

Raimund Marasigan Is A Member Of