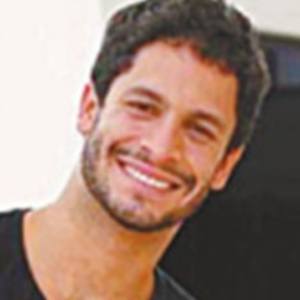 Brazilian actor who's famously known for playing Nuno Moreira in the 2009 telenovela Cat's Cradle and Celso Sampaio Carneiro in the telenovela The Good Side of Life! in 2016.

He made his TV debut by playing the character Young Gabriel in the telenovela Watercolors of Love in 2009.

His first movie role was Shaolin in the 2012 comedy Cine Holliúdy.

His parents are Ronalda das Graças Cunha and Davino Cadete da Silva. He has a sister, Sandra Valentim.

He played the role of Visky in the 2015 telenovela Hidden Truths starring Camila Queiroz and Rodrigo Lombardi.

Rainer Cadete Is A Member Of