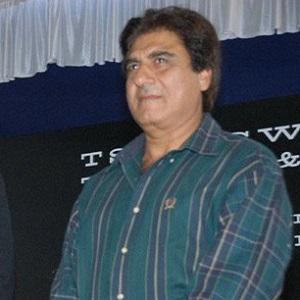 Indian actor who appeared in such 1980s Punjabi and Hindi films as Chann Pardesi and Marhi Da Diva. Also a politician, he served several terms as a Member of Parliament in the National Indian Congress.

He attended both Agra College and the National School of Drama.

He played the role of King Bharat in a popular Indian television series called Mahabharat.

His two marriages -- to actresses Nadira Zaheer and Smita Patil -- produced a total of three children.

Early in his career, he acted opposite Reena Roy.

Raj Babbar Is A Member Of