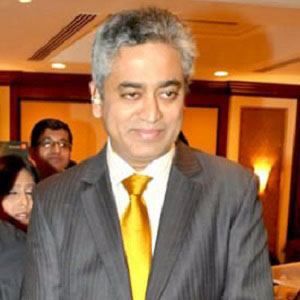 Famous for his work with New Delhi Television (NDTV), this Indian broadcast journalist also founded his own network, Global Broadcast News, which collaborated with TV18 (India) and CNN (United States) to form a popular channel known as CNN-IBN.

After studying economics at St. Xavier's College, he earned a law degree from University College, Oxford. At the start of his career, he was a journalist and editor for the Times of India.

The son of professional cricketer Dilip Sardesai, he played on Oxford University's cricket team during the 1980s.

He and Deepak Chaurasia both rose to fame (or, in the case of the controversial Chaurasia, to infamy) for their work as news anchors.

Rajdeep Sardesai Is A Member Of