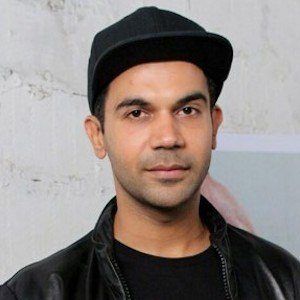 Actor who reached a new level of fame by playing Govind in the film Kai Po Che! (2013), which achieved great commercial and critical success. He has gone on to earn acclaim for his roles in films like Shahid (2013), Aligarh (2016) and Newton (2017).

He studied method acting at the Film and Television Institute of India after graduating from the University of Delhi.

His performance in Shahid earned him the Filmfare Award and National Film Award for Best Actor.

He has dated actress Patralekha.

He co-starred with Sushant Singh Rajput in the romance Raabta (2017).

Rajkummar Rao Is A Member Of