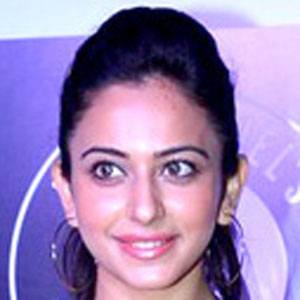 Indian actress well known for her appearances in Telugu films such as Venkatadri Express and Rough. She later had larger roles in the films Bruce Lee, Sarrainodu, and Dhruva.

She studied at Jesus and Mary College of the University of Delhi and grew up playing golf.

She competed in the Miss India beauty pageant. Her first action film was released in 2022 and titled 'Attack'.

She was born to Kulwinder and Rajender Singh. She is in a relationship with actor and producer Jackky Bhagnani.

She and Vidya Balan both became well-known Indian actresses.

Rakul Preet Singh Is A Member Of