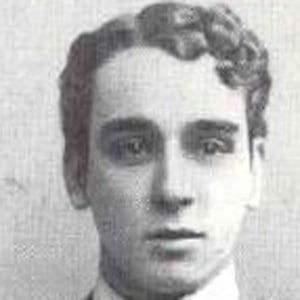 British poet, print-maker, and artist who became known for An Appendix, The Cloud & the Voice, and other works. Two of his literary works -- The Day of St. Alban and Autumn Leaves -- were published posthumously.

He served in World War I but was relieved of his duties after he developed neurological problems.

He controversially explored his pederasty (sexual attraction to teenage boys) in many of his works.

He was born in Hertfordshire, grew up in St. Albans. He was buried beside his parents in Hampshire, England.

He and fellow Uranian School poet Edmund John were both pederasts.

Ralph Chubb Is A Member Of