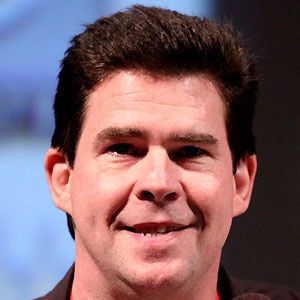 Comedian radio host and actor known for his work on the KROQ-FM morning show Kevin and Bean, and on The Joe Schmo Show.

He had small roles on Doogie Howser, M.D., and played Kronke on an ABC Afterschool Special in 1987.

He has done voice over work on television series Family Guy, the film Stevie Griffin: The Untold Story, and on Digimon: The Movie.

He was hired to work on Kevin and Bean after talk show host Jimmy Kimmel recommended him for the position.

Ralph Garman Is A Member Of