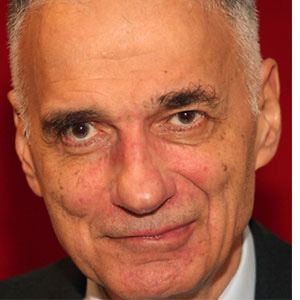 American political advocate of consumer protection and environmentalism, who was the Green Party's nomination for President in 1996 and 2000. He is the subject of the 2006 documentary An Unreasonable Man.

He was a lecturer at the American University Washington College of Law after receiving a degree from Harvard Law School in 1958.

He came to national prominence in 1965 with the publication of his book Unsafe at Any Speed, a critique of the safety record of American automobile manufacturers including Chevrolet.

His sister, Laura Nader, is an anthropologist.

Another famous Connecticut-born politician like him is Joe Lieberman.

Ralph Nader Is A Member Of