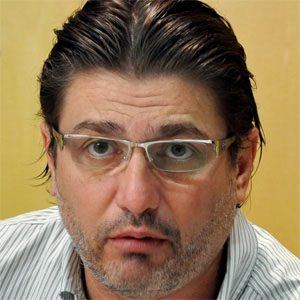 Singer-songwriter from Yugoslavia famous for his comical and often satirical approach to songwriting. His live performances are known for their incorporation of humor and improv.

He represented Yugoslavia as an exceptional competitive sailor from 1972 to 1984.

He has had great fun changing his stage name over the years, having adopted aliases like "Rambo Amadeus the World Mega Tzar", among others.

During the 2012 Eurovision Song Contest, he stated that if he were not already married, he would like to get married in Baku.

Rambo Amadeus Is A Member Of