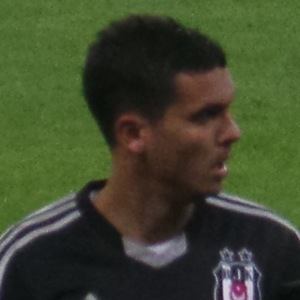 Left wing back who played with Antalyaspor from 2016 to 2017 and then joined Vasco da Gama in 2017. He has over 190,000 followers on his ramonmotta6 Instagram account.

He played in Campeonato Brasileiro Série A in 2011 and Copa Libertadores in 2012.

His daughter is Antonia Motta.

He and Josef Desouzadias have both played for Vasco da Gama.

Ramon Motta Is A Member Of