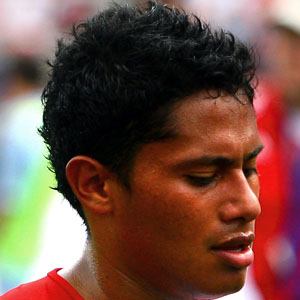 Honduran midfielder who began his MLS career with FC Dallas in 2004. He played for Leeds United from 2010 to 2013, then rejoined FC Dallas.

He played one year of college soccer at Southern Methodist University.

He joined the Honduran national team in 2006.

He grew up in the United States emigrating with his family on his father's investor visa in the early 1990s.

He became teammates with Blas Pérez on FC Dallas in 2013.

Ramón Núñez Is A Member Of