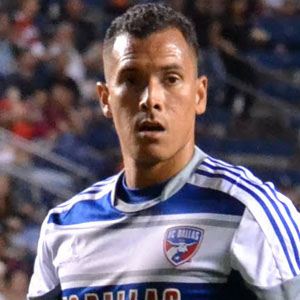 Panamanian striker who began his MLS career with FC Dallas in 2012 after spending four years with UANL and a season each with Hercules, Cucuta Deportivo and Deportivo Cali.

He first played professionally for Panama Viejo F.C. in 1998.

He joined the Panama national team in 2001.

He entered the MLS around the same time as French star Thierry Henry.

Blas Pérez Is A Member Of