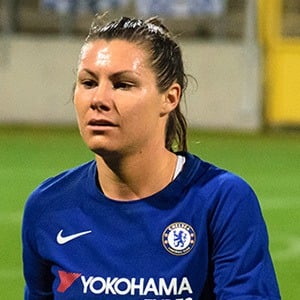 Soccer player who has been a standout forward for the Swiss international women's team since debuting in 2007. Additionally, she has won league titles with Umeå IK, FC Rosengård and VfL Wolfsburg.

She played youth soccer with FC Malters at age 7.

In 2015, she helped lead Switzerland to their first-ever appearance in the FIFA Women's World Cup.

She has dated Camille Lara. She later began a relationship with fellow soccer player Alisha Lehmann.

She has been teammates with Anita Asante on Chelsea.

Ramona Bachmann Is A Member Of