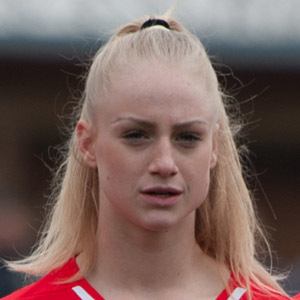 Striker who has gained fame for her international club career, including for West Ham United of England's FA Women's Super League. She transferred to the club in 2018, and played as a primary option at striker.

She played her youth soccer in FC Konolfingen's youth academy. She later turned pro in 2016.

She has long been romantically linked to Ramona Bachmann, who has been her teammate on the Swiss national women's soccer team.

She and Adriana Leon have played as teammates for West Ham United.

Alisha Lehmann Is A Member Of