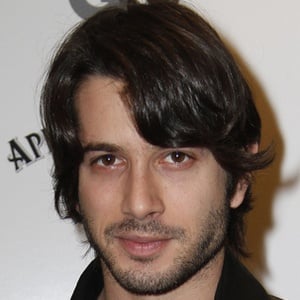 American-born Israeli actor who first became widely known for playing Ezri in the 2009 film Eyes Wide Open. He later earned a recurring role in the television show The Gordin Cell.

Between high school and serving in the army, he appeared in numerous television commercials.

He lent his voice acting talents to the Israeli version of Disney's Chicken Little. He also released the 2007 album Shavim.

His father, Eli Danker, is a well known Israeli actor.

In the television series The Gordin Cell, he appeared alongside Moni Moshonov.

Ran Danker Is A Member Of