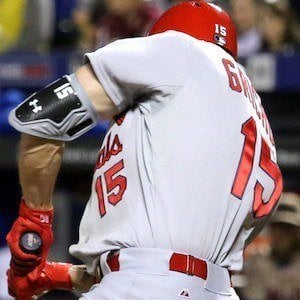 Outfielder who made his major league debut with the St. Louis Cardinals in 2014. In 2018, he was traded to the Toronto Blue Jays.

He was originally drafted in the first round of the 2009 MLB Draft out of Lamar Consolidated High School, where he was the All-Houston Area MVP.

He won the Minor League Gold Glove Award during his time with the Arkansas Travelers.

His parents drove to St. Louis to watch him play in his major league debut against the Milwaukee Brewers.

He became teammates with All-Star Cardinals catcher Yadier Molina in 2014.

Randal Grichuk Is A Member Of