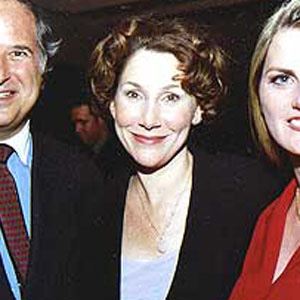 Supporting actress who appeared in 2005's Rent and 1996's Keys to Tulsa and won a Tony Award for Best Featured Actress in a Musical.

She graduated from Wagner College and earned her first acting role in 1989.

She has had recurring television roles in Drexell's Class and Law & Order.

Randy Graff Is A Member Of