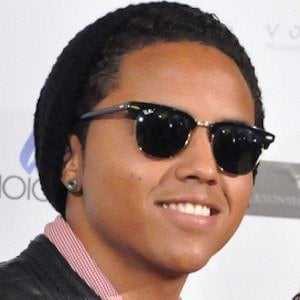 A member of the extended Jackson family, he is the son of The Jacksons singer Randy Jackson.

He has become incredibly popular on social media in his own right, earning upwards of 50,000 fans on Instagram and over 60,000 followers on Twitter.

His mother's name is Alejandra Oaziaza. He has an older sister named Genevieve.

His famous family members include aunts and uncles Michael, Janet, Jermaine, Tito, and LaToya, amongst others.

Randy Jackson Jr. Is A Member Of