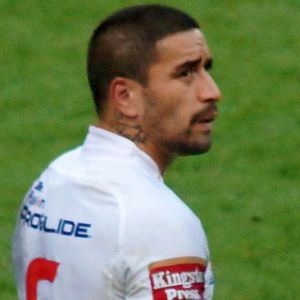 Rugby league player best known for his time with club teams like the Castleford Tigers. He was the winner of the Albert Goldthorpe Medal in 2011.

He played for Manawatu before beginning his professional career with Wests Tigers in 2006.

He won the Man of Steel award as the best player in Super Rugby in 2011.

He and Sam Tomkins have both won the Man of Steel award in Super Rugby.

Rangi Chase Is A Member Of