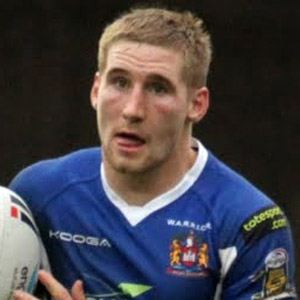 Fullback capable of manning five-eighth and scrum-half, he debuted for the Wigan Warriors in 2008 and also played rugby union for Barbarians F.C.

He played for the amateur club Chorley Panthers when he was 7 years old.

He debuted in international play for England in 2009.

He played alongside halfback Tim Smith on the Wigan Warriors.

Sam Tomkins Is A Member Of