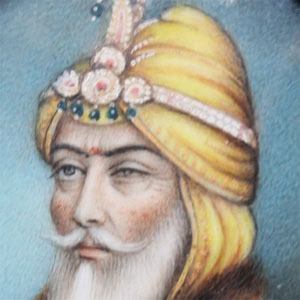 Father of the nineteenth-century Sikh Empire, which was located in the Punjab region of India and Pakistan.

During his rise to power, he took over Lahore from the Bhangi Misl.

His statue was erected in 2003 in the Indian Parliament building.

His son Kharak Singh succeeded him as a ruler of the Sikh Empire.

He was often compared to Napoleon Bonaparte and even earned the nickname of "Napoleon of the East."

Ranjit Singh Is A Member Of