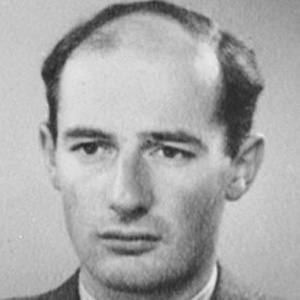 Swedish diplomat who saved 100,000 Hungarian Jews in WWII by issuing protective passports and housing many Jews in designated Swedish territories. He was awarded a Congressional Gold Medal by the United States CongressIn over sixty years after he was killed while imprisoned by communist authorities, and KGB secret police in Moscow.

He traveled to America to study architecture and hitchhiked around the country.

US Congressman Tom Lantos of California was one of the people saved by his passports.

His half-brother was Guy von Dardel, a physicist and founder of CERN.

He saved people during WWII from Adolf Hitler's Nazi regime.

Raoul Wallenberg Is A Member Of