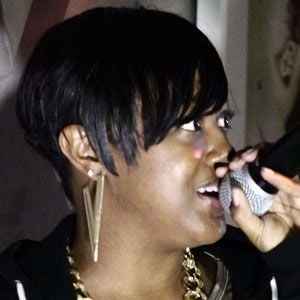 Rapper known for her complex rhyme schemes and nimble wordplay who first gained attention from the hip-hop press for her mixtapes, such as 2011's Thank H.E.R. Now. She dropped her official debut The Idea of Beautiful, featuring artists like Mac Miller, in 2012.

She got her start as a member of the North Carolina rap crew Kooley High. She signed with the It's A Wonderful World Music Group, owned by producer 9th Wonder, as a solo artist in 2008.

Her mixtape For Everything was featured in XXL magazine's "Bangers" section in 2011.

Her birth name is Marlanna Evans.

Her album The Idea of Beautiful features a guest verse from Los Angeles rapper Ab-Soul on the track "Non Fiction."

Rapsody Is A Member Of