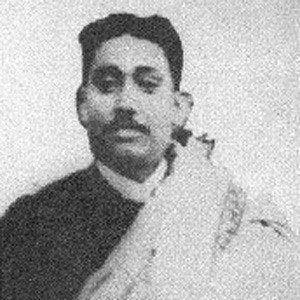 Revolutionary leader who fought against the British Raj in India and organized the Ghadar conspiracy.

He earned a degree in Engineering in France and Germany.

His father, Vinodebehari Bose, was stationed in Chandannagar.

He and Chittaranjan Das were both part of India's independence movement.

Rash Behari Bose Is A Member Of