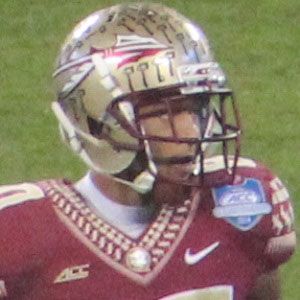 Wide receiver who won the BCS National Championship as a member of the Florida State Seminoles in 2014. In his senior year, he set Florida State records for career receptions and receiving yards. He was selected in the fifth round of the 2015 NFL Draft by the Jacksonville Jaguars.

He was named MVP of the 2011 Champs Sports Bowl in a win over Notre Dame.

His parents are Cassandra and Greg Greene.

He caught passes from quarterback Jameis Winston at Florida State.

Rashad Greene Is A Member Of