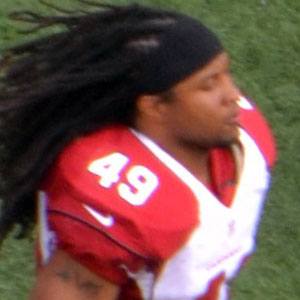 NFL safety who was drafted by the Arizona Cardinals in 2009. At the University of Alabama, he was a two-time First-Team All-SEC selection.

He grew up in Sulligent, Alabama and attended Alabama as a walk-on.

His shining moment at Alabama was a 2008 game against LSU where he intercepted three passes and ran one back for a touchdown.

His father is Randy Johnson.

He has been teammates in the Cardinals defensive backfield with star cornerback Patrick Peterson.

Rashad Johnson Is A Member Of