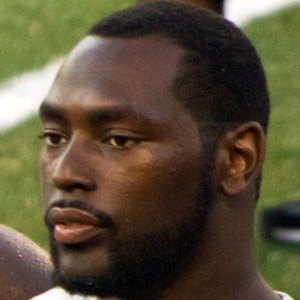 NFL defensive end who won his first Super Bowl title with the Baltimore Ravens in 2013.

He was a two-time first-team All-Big East selection during his final years at Syracuse University.

He recorded a sack and fumble recovery in Super Bowl XLVII.

He had a son with his college sweetheart, Sunny.

He played alongside linebacker Ray Lewis on the Ravens.

Arthur Jones Is A Member Of