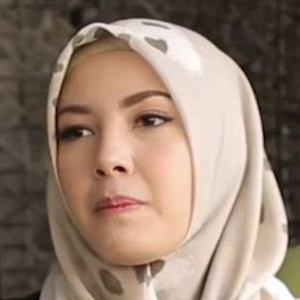 Film and television star recognized for her roles in feature films like Cinta pertama, Hantu ambulance, and Merantau. She has since become a successful fashion figure and businesswoman.

She began her career as a model and ad star, eventually making her television debut in the soap opera Coffe Bean Show.

She has dabbled in television roles, appearing in Anisa dan Anisa and Stasiun Cinta.

She previously dated fellow actor Raffi Ahmad. She married Muhammad Sawkani Jamhuri in 2012, and they had two sons, Shelby and Madiba.

Iko Uwais also starred alongside her in the 2009 action drama Merantau.

Ratna Galih Is A Member Of