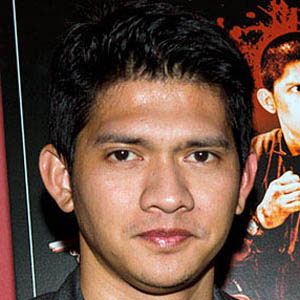 Most Popular#36588
Born in Jakarta, Indonesia#29
Actor Born in Indonesia#7

Martial artist and and actor who became known for his starring roles in the films The Raid: Redemption and The Raid 2. He was also cast in the 2015 film Star Wars: The Force Awakens and in 2019, he began starring in the Netflix series Wu Assassins.

He was a driver in a telecom company. He debuted in the 2009 film Merantau as the character Yuda.

He was cast as Sua in the 2015 science fiction thriller Beyond Skyline.

He married Stefanie Pleet in 1998, then married Audy Item in 2012. He has a daughter named Ariel.

He co-starred with Joe Taslim in the 2011 martial arts movie The Raid: Redemption.

Most Popular#36588
Born in Jakarta, Indonesia#29
Actor Born in Indonesia#7

Iko Uwais Is A Member Of