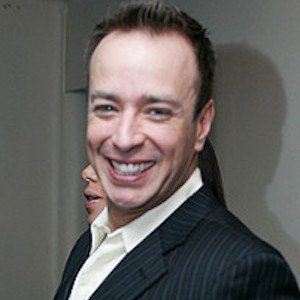 Telenovela star who first rocketed to fame in the late 1990s as Iván Almeida in the series Camila. He later went on to take up the mantle of Alfredo in the 2015 drama Unforgivable.

He began his career as a model before he began training at the Televisa Center for Artistic Education.

Early in his entertainment career, he was a member of the music group Mestizo where he released three albums.

He was born and raised in Mexico City.

In Unforgivable, he stars opposite Ivan Sanchez and Sebastian Zurita.

Raúl Magaña Is A Member Of