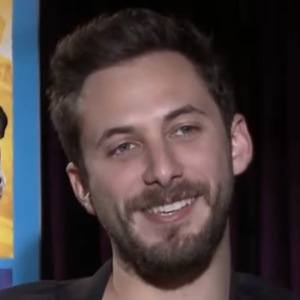 Famous for his TVyNovelas Award-winning portrayal of Emiliano Saenz Noriega on the Mexican soap opera En Nombre Del Amor, he is also well known for his Premios Diosa de Plata-winning work in the 2013 film Ciudadano Buelna.

He made his telenovela debut -- as the child version of Pablo Montero in the Televisa series Canaveral de Pasiones -- when he was only ten years old.

He both starred in and produced Mexican films titled I Was There and La Guadalupana.

Born to actor parents Christian Bach and Humberto Zurita, he spent his youth in Mexico City, Mexico, and has a younger brother named Emiliano.

He and Mexican singer and actress Rocio Banquells were both in the cast of the telenovela Cuando Me Enamoro.

Sebastián Zurita Is A Member Of