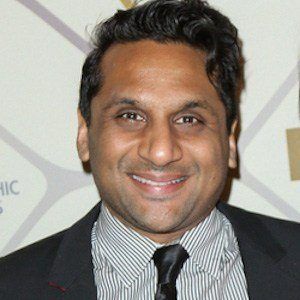 Actor known for his portrayal of George Patil on Easy Money, as well as for his roles on Past Life and Grandfathered. He also directed and starred in the award winning documentary Meet The Patels.

He studied at the University of North Carolina and worked as an investment banker prior to becoming an actor.

He founded the poker magazine All In and the nutrition company This Bar Saves Lives.

His parents are Champa and Vasant, who were featured in Meet The Patels. His sister, Geeta, helped film the documentary.

He starred alongside Rachael Leigh Cook in the TV movie Nevermind Nirvana.