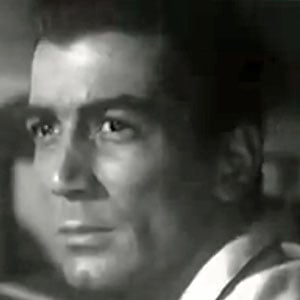 Husband of actress Julie Adams. He starred in many memorable film biographies.

He was on stage throughout most of his college days and then went to London to perform.

He played the title role in the gangster classic The Rise and Fall of Legs Diamond from 1960.

He had two sons with Adams.

He co-starred with Alec Guiness in the film A Majority of One from 1961.

Ray Danton Is A Member Of