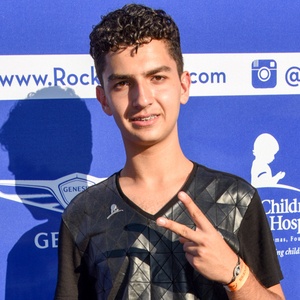 Guitarist who released his first EP, LA Sessions, when he was only 14. He followed it up with Songs For You, which debuted in 2015. His style is influenced by R&B, blues, and gospel.

He began playing guitar and piano and writing his own music at an early age.

In 2012, he formed the Generation Blues Experience with Jamie "Bluesboy" Powell and Harmonica Sammy Lee. Powell was 78 years old when the band formed and Lee was 65 while Goren was just 12.

His father, attorney David Goren, has served as Ray's manager in his early career. He has a brother and two sisters.

Ray Goren Is A Member Of