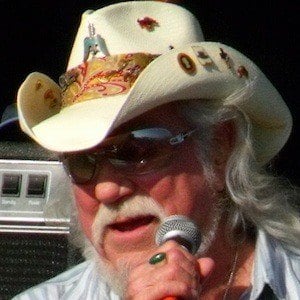 American vocalist best known as the singer for the 1970s band Dr. Hook & The Medicine Show. He was a renowned figure for the eyepatch and cowboy hat that he would wear on stage.

He lost his right eye in a car accident, which led to the wearing of his signature eye patch.

He married his wife, Linda, in 1969. His son also became a musician.

He collaborated with artists like Waylon Jennings and Willie Nelson.

Ray Sawyer Is A Member Of