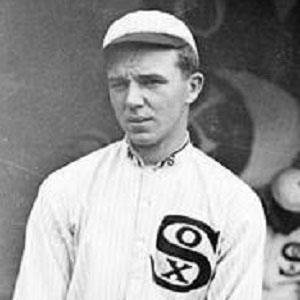 Baseball Hall of Famer who was widely considered the best defensive catcher of his time. He played for the Chicago White Sox from 1912 to 1928 and won a World Series with the team in 1917.

He was born in Harvel, Illinois and played for the Taylorville Christians in the Illinois-Missouri League as a teenager.

His defensive prowess was so great that he was elected to the Baseball Hall of Fame despite a .253 batting average and the fact that he was a member of the infamous 1919 "Black Sox" team.

His parents were immigrants from Germany. He was married to the former Lavinia Graham.

He won the 1919 World Series with pitcher Red Faber, who pitched in the series' winning game.

Ray Schalk Is A Member Of