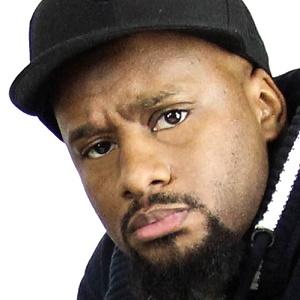 Known by the stage name Proverb The Preacher Man, he is a Christian rapper with the hip-hop group Hostyle Gospel. He and Demetrius Morton formed the group in 2003.

He owns his own business called Rayzor Sharp Hair and Design.

He married Robyne Glass on June 4, 2011. They have children named Zion Glass and Levi Glass who were born in 2012 and 2014, respectively.

He performs alongside Demetrius Morton and Fontaine Pizza in Hostyle Gospel.

Raynard Glass Is A Member Of