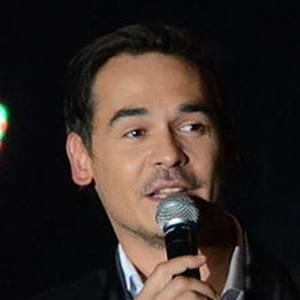 Romanian television presenter who found fame as the host of the Antena 1 program Neatza with Razvan and Dani. He earned additional recognition on Instagram where he shares lifestyle and on-set pictures with 200,000 followers.

He launched his official Facebook page which has since received over 170,000 Likes.

He was previously married to a woman named Diana. His daughter's name is Ianca and his son's name is Tudor.

Singer Delia Matache was a judge on The X Factor Romania during his time as a host.

Razvan Simion Is A Member Of