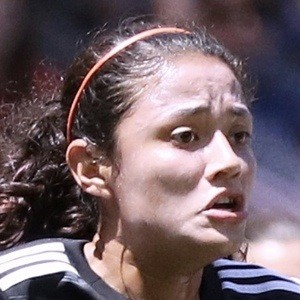 She was born in Tampico, Tamaulipas, Mexico.

She played for Mexico in a friendly match between them and Sweden in 2017. She has over 130,000 followers on her rebecabernal4 Instagram account.

She has a little brother named Jesus. In February 2020, she and fellow soccer player Janelly Farias began dating.

Fabiola Ibarra is also a professional soccer player who's played for a Monterrey team in the Liga MX Femenil.

Rebeca Bernal Is A Member Of