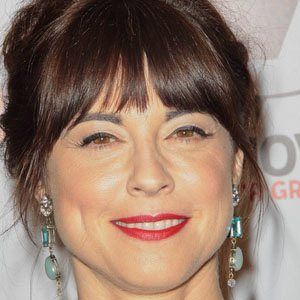 Lead singer of the British Folk-Pop band Ruby Blue who played the role of Charlotte Ryan in the TV drama The Unit.

She attended school in Scotland as a child and graduated from the Royal Academy Of Dramatic Arts in London.

She was friends with Shirley Manson as a teenager, who became the lead singer of the alternative rock band Garbage.

She married director and writer David Mamet in 1991. They met when she appeared in a play that he directed, and they had two children together.

She attended the Royal Academy of Dramatic Arts with Clive Owen.

Rebecca Pidgeon Is A Member Of