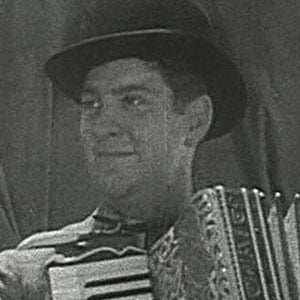 Country music singer and actor whose career spanned four decades. He was known for appearing on television alongside Gene Autry.

He started singing at a young age and worked at the Illinois radio station WDZ-AM in 1929.

He opened a restaurant drive-in chain called The Checkered Shirt in the 1950s.

He was born into a Midwestern family that owned their own restaurant chain for a number of years.

Leon Russell recorded some of his songs.

Smiley Burnette Is A Member Of